Some readers may need to read a few previous articles I've written about Chris Martenson in order to put everything into context. However, for those who are not familiar with Mr. Martenson, I'll provide a brief rundown before proceeding to discuss the focus of this article.

I've discussed Chris Martenson several times over the years because I believe he's engaging in less than honest business practices for the purpose of selling snake oil. In short, Martenson is someone the public should be warned about because he's selling fear and disinformation while marketing himself as a credible source of insight. Let me be clear. Chris Martenson is by no means credible.

If Martenson kept to himself and only posted his nonsense on his huckster-themed "Peak Prosperity" website, his deception wouldn't be much of an issue because his reach would be limited. But considering that Martenson has been aired in the media many times and continues to deliver his nonsense throughout the so-called "alternative media," it's important that someone expose this man because he is hurting many people in ways they might not imagine.

First, let's review some of Martenson's fear-mongering from the past. The images below do a good job of summarizing his track record. 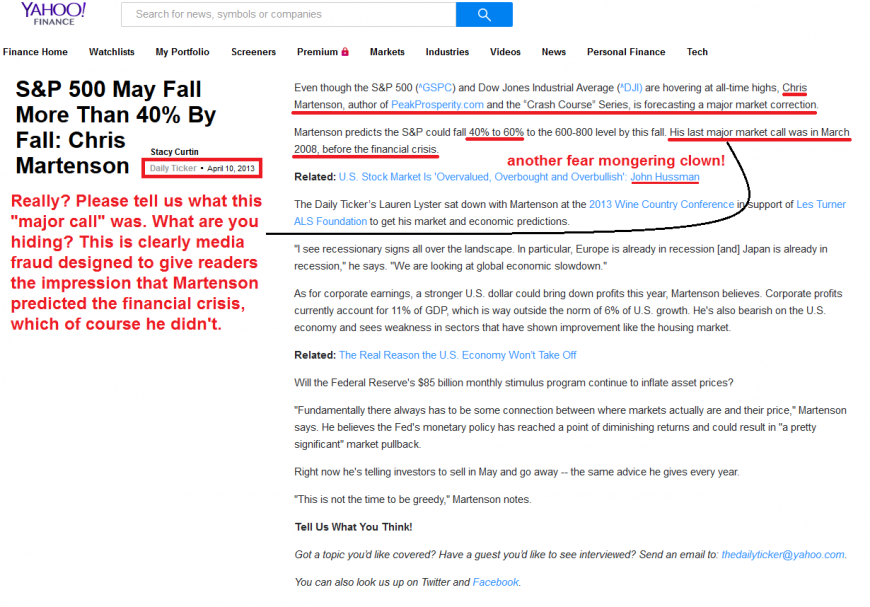 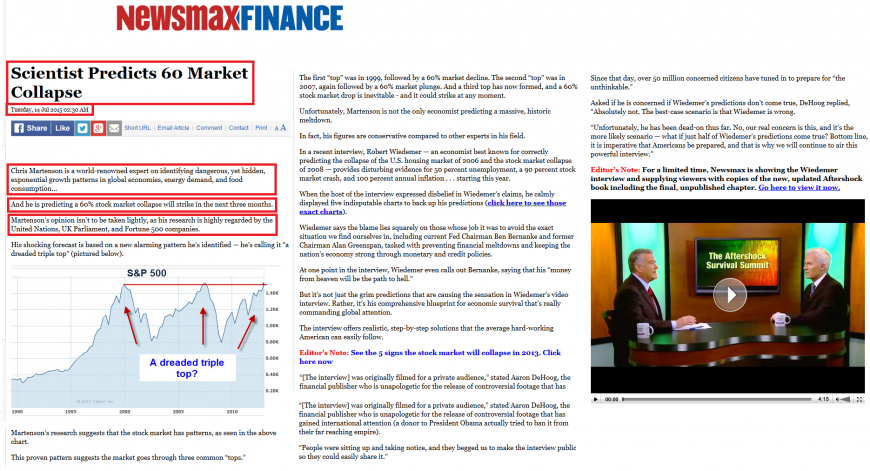 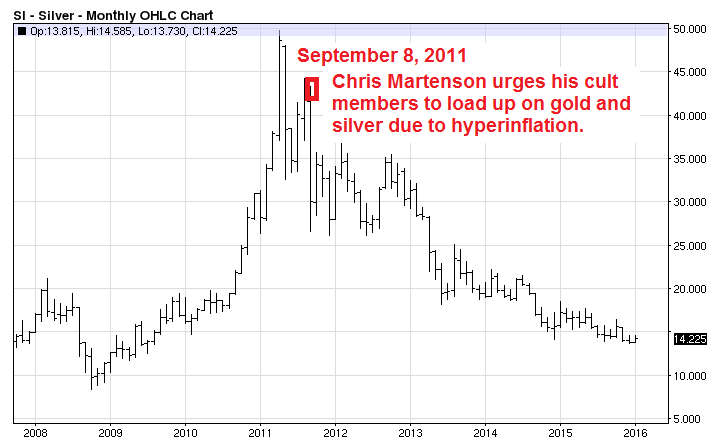 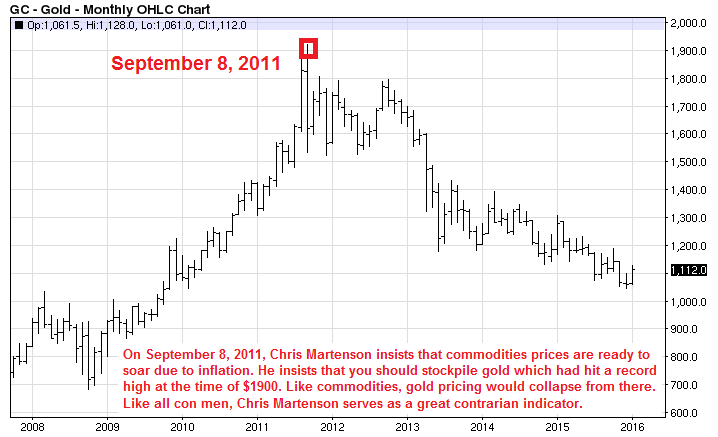 For some reason Martenson has made it into the financial media on a number of occasions despite having no experience working in the capital markets. Martenson never worked on Wall Street, he never managed money and he is not an investment analyst.

After you see what I have to reveal about Martenson you'll understand why he has gained traction in the media.

Below you can see some of the sites that link to Martenson's Robert Kiyosaki-like themed website, Peak Prosperity. If you want a fairly comprehensive list of the gold pumping disinformation fake news syndicate, simply check Martenson's YouTube channel. You will see the same charlatans appear on every major gold pumper channel. 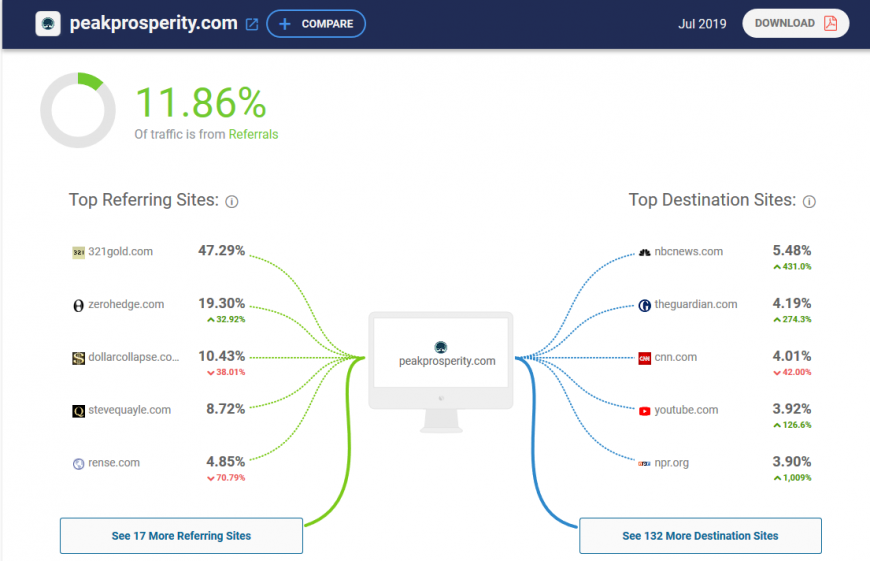 When you're feeding off of the same dogma day after day, you're no longer able to think critically. You've been inducted into a cult.  This partly explains why so many people today are in cults and they don't even realize it.