Valuable Lessons from the Kolfage-Bannon Fund the Wall Scam

For background material on this piece, please refer to the following link Mike Stathis Was Right AGAIN When He Exposed the Build the Wall GoFundMe Campaign as a Scam

When it comes to exposing fraud (e.g. securities, media, corporate and consumer fraud) detecting scams and exposing the mechanisms used by scam artists, Mike's track record remains unblemished since he began his crusade more than a decade ago.

From the onset, Mike was certain that Brian Kolfage's "We Fund the Wall" GoFundMe campaign was established for the purpose of defrauding individuals by use of a political talking point. He even mentioned that such ploys should be against the terms of service of GoFundMe. 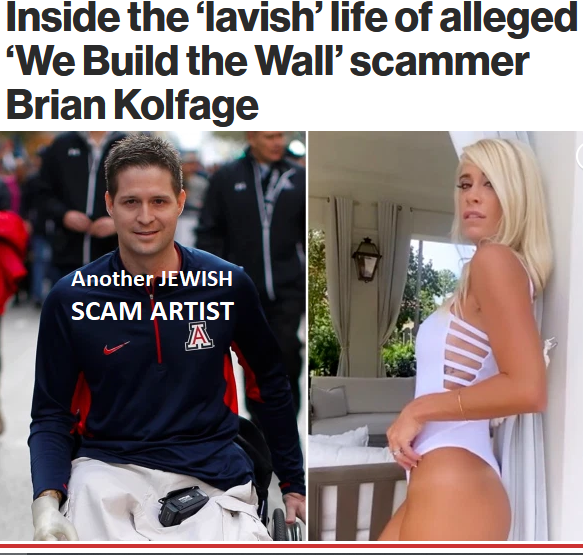 Mike noted that the campaign seemed illegal and should have been axed by GoFundMe. But of course it wasn't because GoFundMe is nothing more than a criminal organization that facilitates scams because it receives a cut from each scam that's funded. To date, GoFundMe has never been held accountable for a single instance of the thousands of cases of fraud that the site has facilitated.

Once the campaign raised a large sum of money, Kolfage (probably) began to receive some scrutiny. So he realized the need to bring some high profile, pro-Trump figures into the mix. Among others, Kolfage reached out to Steve Bannon. Apparently, Kolfage and Bannon conspired (along with others) to extract large sums of money from "We Build the Wall" donations for personal use.

See Steve Bannon Is Charged With Fraud in We Build the Wall Campaign.

Unfortunately, many of the same individuals who fell for the Kolfage-Bannon "We Fund the Wall" scam have also been duped by dubious claims and false narratives from an army of disinformation clowns like Ron Paul, Peter Schiff, Mike Maloney, Porter Stansberry, Doug Casey, Harry Dent, David Stockman, Glenn Beck, Alex Jones, John McAfee, Jordan Peterson, as well as hundreds of other gate keepers, shills, liars, idiots and agents of controlled opposition.

A full list of the most influencial disinformation deviants is too long to post. But we have previously exposed many of these individuals.

Moreover, many of the same individuals who fell for the Kolfage-Bannon Fund "We Fund the Wall" scam also fell for the countless gold and silver scams, alt-right scam, the tea party scam, the libertarian con, the FIRE movement scam, digital nomad scam, the “End the Fed” scam, countless cryptocurrency scams and so on.

Are you beginning to see a pattern here?