Back in the spring of 2012, we released a special video presentation covering the analysis (fundamental and technical) of 60 securities we believed would make huge moves (either up or down).

AVA Investment Analytics chief investment strategist, Mike Stathis lectured for several hours (recorded via video presentation) discussing these securities which he identified as offering the best possible performance in coming weeks to months (depending on whether the recommendation was to buy or short these securities). 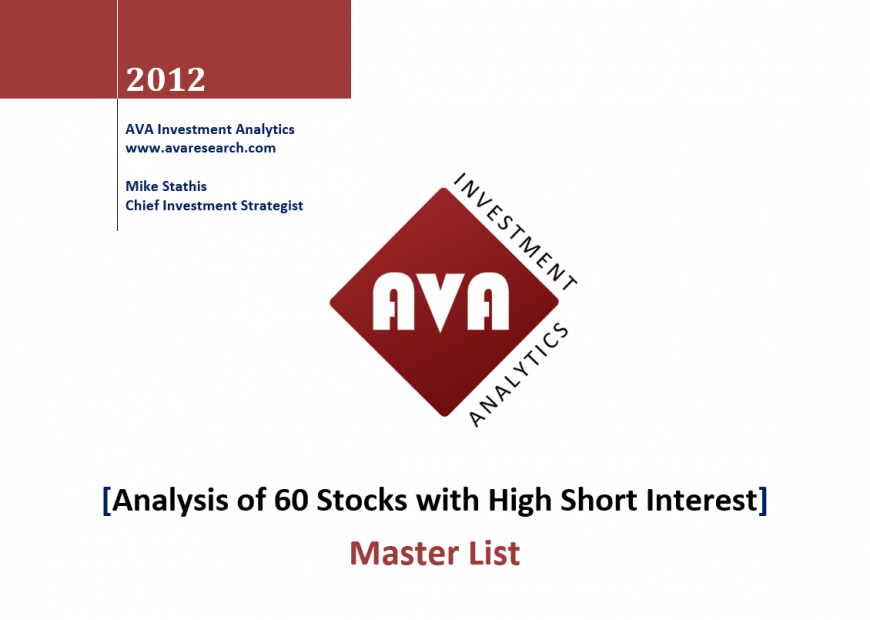 Although the actual video presentation was centered on fundamental and technical analysis, the list was comprised based on securities with a large short interest.

The results of this presentation were nothing short of phenomenal, as the majority of the securities presented landed large to enormous gains just as Mike had forecast.

Here are just a few examples of the results.

Another Huge Payout for Our Clients. JCP

YET ANOTHER Security We Recommended to Short Collapses

Another Stock Collapses as We Predicted

In addition to having predicted the demise of several companies that have since filed for bankruptcy (such as Radio Shack), Mike also indentified Sears Holdings (SHLD) as a company that was certain to eventually file for bankruptcy or else gradually be sold off asset by asset as it continued its inescapable struggle. As you might realize, this is exactly what has happened.

In fact, shortly after Sears bought Kmart, Mike released an article concluding that it represented a marriage between losers and would be unable to prevent the gradual death of both companies. 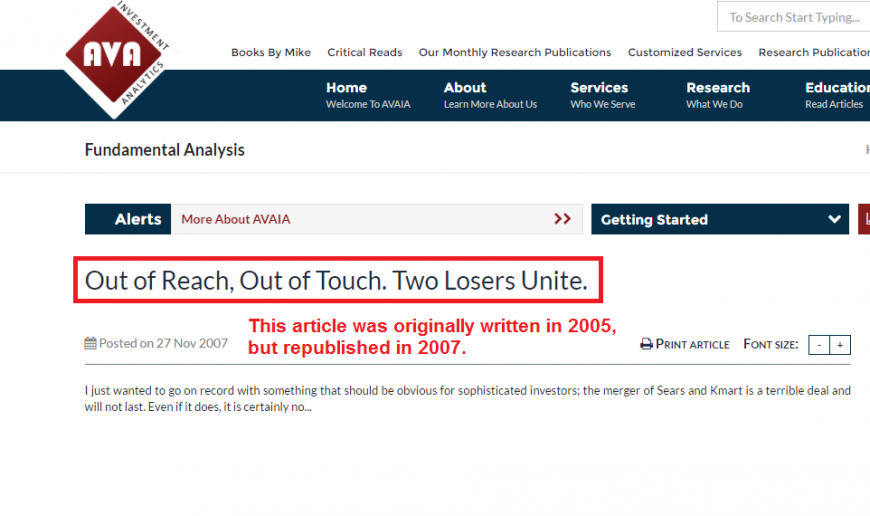 A couple of years after his 2012 video presentation was published, Mike ran across an opportunity to expose another Jewish CNBC clown, so-called "expert" Steve Cortes. Some of you might recognize Mr. Cortes, as he is a regular CNBC "contributor" and apparently manages a fund (God help his clients).

Based on the video shown below, at least as far back as December 2013, Cortes was bullish on Sears. And he based his bullish sentiment on the value of Sears' real estate holdings.

Incidentally, for those of you who might surmise that Cortes simply made a bad pick and thus shouldn't be judged for one bad investment idea, you should note he also stated he was bullish on JC Penny during the same televised segment.

I'm confident that if I were to devote sufficient time to examine his track record based on the investment ideas he has expressed on CNBC, I would learn of many other disasters.

Incidentally, less than two years later, even the Kardashians pulled their clothing line out of Sears. I doubt CNBC bothered to broadcast a follow up on Sears after this happened.

Imagine if Stathis' views on Sears were given the same exposure as those of Cortes; investors could have raked in the cash.

But the way the game is played is to make sure the sheep are led into the slaughterhouse by a collection of idiots, shills and con artists who are positioned as "experts" by the criminal media organizations which feature them.

In that way, the advertising firms eventually gain access to new customers whose investment portfolios have been decimated after having listened to the "experts" featured in these financial networks and publications.

For instance, imagine if you had listened to clowns like Peter Schiff, Marc Faber, Jim Rogers, Jim Cramer, Doug Kass, Dennis Gartman, Harry Dent or hundreds of other broken clocks, flip-floppers, doomsday douche bags and perma bulls positioned as experts by the media.

Thus, as you can imagine, advertising expenditures represent a great ROI for Merrill Lynch, JPMorgan Chase, Charles Schwab, E-trade, Ameritrade, Northwestern Mutual and the rest of the financial firms that advertise on CNBC and other financial networks.

Finally, we cannot forget that the business model of "financial TV celebrities" is to promote the false impression that they are exceptional investors whose advice should be followed. The reality is that they leverage this misconception (which has been orchestrated by their media exposure) in order to create wealth by selling books, newsletters, paid speaking gigs and raising capital for funds.

It's the old Tony Robbins business model...sell the notion that you are wealthy and successful so sheep will pay for your investment wisdom. Eventually you will become wealthy, but for the wrong reason. 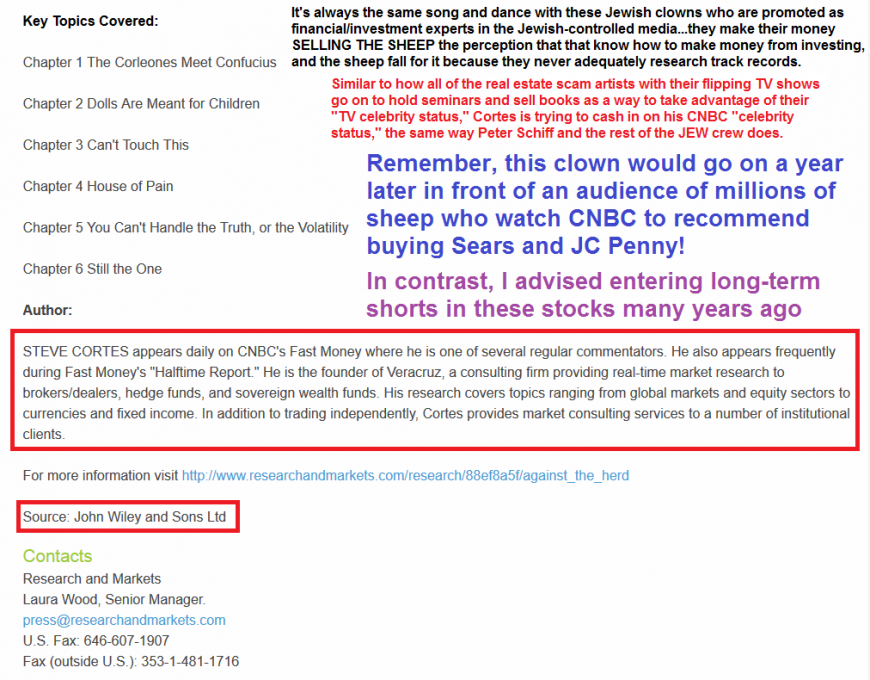 Many of you are probably already familiar with Mike's previous recommendations on JCPenny because we previous released on article showing how he nailed it while the "brilliant" fund managers got their asses handed to them.

Mike Stathis Shows Ackman, Soros and Bass Who the Boss is.

The video below includes excerpts of video 7 of 9 of the 2012 presentation.

Are you wasting your time consuming copious amounts of financial media thinking you're obtaining valuable insight and ma...