The Hidden Dangers of Lax Immigration Policy and Open Borders

This article was originally written in 2010 as a followup to the material I first wrote about in my banned 2006 book, America's Financial Apocalypse.  This book was not only the ONLY book in the world to have accuractely forecast nearly every major event related to the blow up of the real estate bubble and stock market, but also detailed numerous wide ranging topics that promised to adversely impact the US if not corrected, including the nation's healthcare system, soaring college costs, pension underfundedness, Social Security, illegal immigration, and of course, US trade policy.

America’s former greatness was created by the hard work of struggling immigrants, who earned their right to become U.S. citizens. They did not ask for nor receive handouts. And they certainly didn't have the audacity to protest against federal immigration law.

They did not cheat the system. Most came to the United States with little money or formal education. Many came without fluency of the English language. But they worked hard to overcome barriers. They fought wars for this nation. They built this nation. They sacrificed many things for the chance that their children could live the American Dream.
But for many years, the route towards U.S. citizenship has been an easy one for illegal aliens, who have been permitted to cross the U.S. border by Washington. As discussed in America’s Financial Apocalypse, this was arranged by Washington as a manner by which to mask the three-decade period of declining living standards.
Today, illegals organize protests against any mention of the nation's intention to protect its borders. This is a disgrace. These individuals should be round up on the spot and deported. How dare illegal aliens; individuals in direct violation of federal law, protest the established laws of the U.S.

Below is a brief excerpt from the material discussing the impact of illegal immigration in my 2006 banned book, America's Financial Apocalypse.  This points to one of many examples confirming that I was way ahead of the curve.  Yet, I remain black-balled by all media while they promote con artists, idiots and shills (nearly all of which are Jewish) as experts. 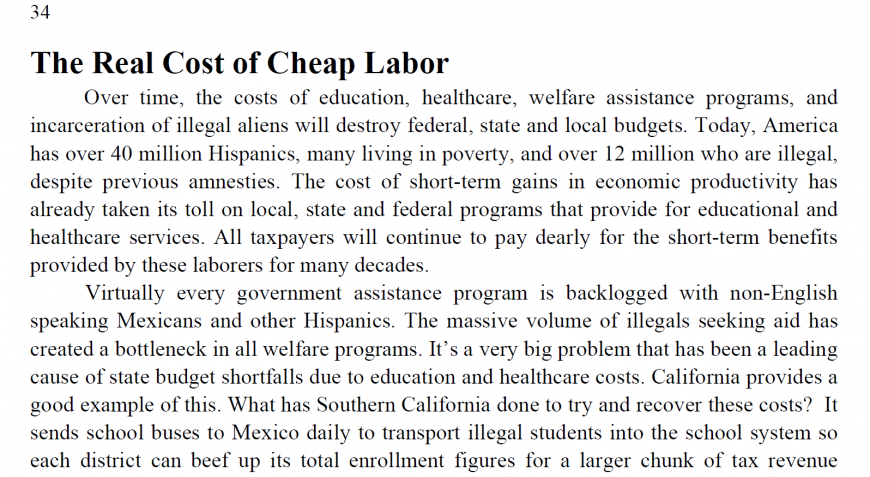 If You Expose Jewish Control They Will Come After You

That's what happened to Patricia McCalister. After she exposed the truth about the Jewish mafia and proposed a lenient......

Mike Explains One of the US Controls the World