As expected, commodities retreated last month as seen by the continuous commodities ETF, GCC after having mounted a tremendous rally through late-February.

Meanwhile, Gold and silver remain in an intermediate-term bearish trend that began in the late-summer of 2020. It is important to note that the longer-term trend in gold remains bullish.

With the $1.9 trillion stimulus package having been approved by Washington last month, President Biden is now focusing his efforts to get the much anticipated $2 trillion infrastructure package passed.

Although the infrastructure bill is in our opinion less than what is needed, it would certainly provide some improvement to the nation’s outdated infrastructure as well much needed boost to employment.

Inspired by the recovery progress being made in Asia, OPEC+ recently raised oil prices for delivery to Asian nations. In contrast, OPEC+ lowered pricing in the U.S. after agreeing to gradually boost output by 1.1 million bbl/day between May and July from cuts announced by Saudi Arabia in January. 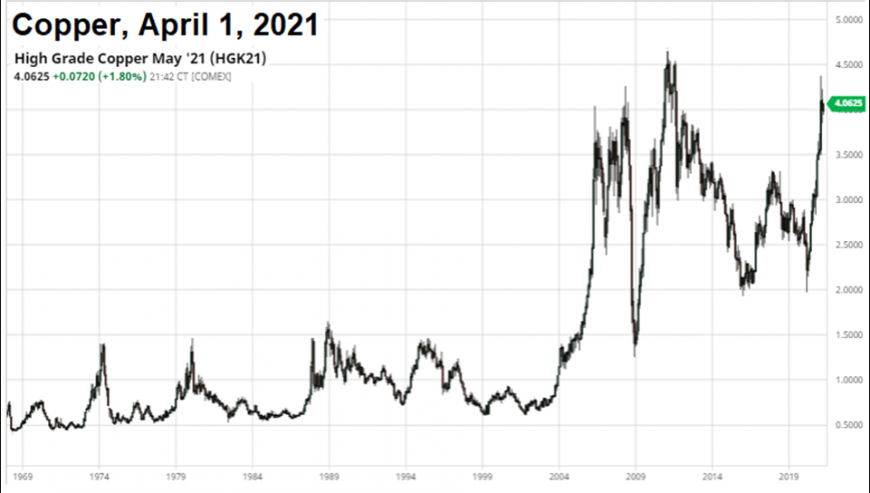 Sign in Sign up
CCPM Forecaster
Commodities, Currencies & Precious Metals Forecaster (released on the 1st Sunday of each month*)
(click on the box below for more information)

For details about this publication please click here.
*Unless otherwise specified.
Our research publications track record may be examined here.