The severe sell off in the stock market during the last quarter of 2018 resulted in annual losses for all equities markets. 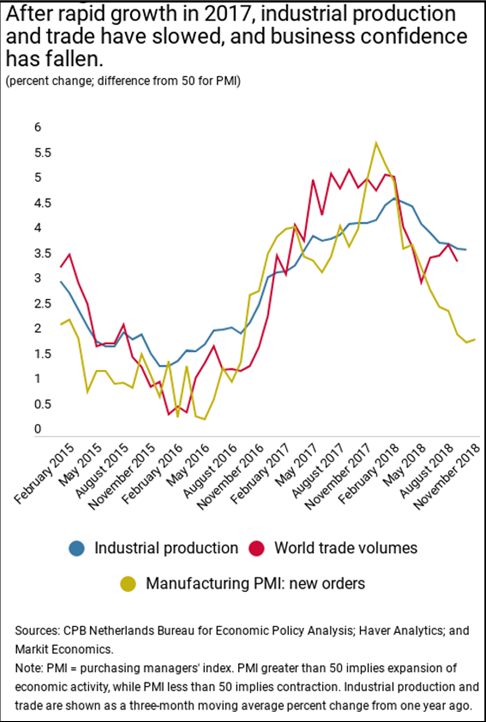 This irrational selling frenzy served as a reminder that prudent investors can never relax even during the longest bull market in U.S. history.

Investors must always recognize and reevaluate numerous risk factors. But they must also know when to avoid obsessing over risk, as this too will lead to poor investment performance.

Fortunately, the markets have mounted a tremendous rebound since the beginning of 2019, recouping most of what was lost in the final quarter. But numerous risks remain.

Deceleration of global growth continues to be of concern, especially given the lingering trade dispute between the U.S. and China.

In contrast, significant pockets of risk continue to build throughout the globe. Uncertainty regarding the completion of Brexit remains as a drag on the already weakening European economy. Meanwhile, Italy continues to present challenges to the EU.

The trend of interest rate hikes by the Fed has strengthened the U.S. dollar against most currencies resulting in higher funding costs for many nations, especially emerging economies.

Commodities pricing remains weak due to tepid demand. Worries about an economic contraction deepen causing investors to flock into long bonds. This has caused the yield curve to flatten which itself has created additional trepidation.

Global debt has grown rapidly during the post-crisis period. Today, it’s estimated at just under $200 trillion, or more than 230% of global GDP with the United States, China and Japan as the top debtors.

The following video was published in August 2013.

See here for The End of Brands. See here for a related discussion, Mike Talks About Western Brands in Asi......